I have been blogging FOUR (Yes 4!) different blogs about soccer over the last year. There is GOALKitsap, GOALTacoma, GOALSeattle and also the Examiner blog on Examiner.com.

This is about to change.

While I am not closing the GOALKitsap and GOALTacoma blogs for good, they are going to go on hiatus when it comes to covering the Kitsap Pumas and Tacoma Tide FC.

The NEW place to find my blogs about Kitsap Pumas Soccer Club news is in the centralized GOALSeattle.com blog, right HERE.

Contact me! David Falk goalseattle@gmail.com
Posted by GS-1 at 8:54 AM No comments:

Bremerton, Wash. – Season tickets for the new, professional Kitsap Soccer Club are now on sale to the public. The release of season tickets follows the club's exclusive pre-sale to the military including Active Duty, Retirees, Reservists, DoD Civilians and family members this past week.
The official 2009 league schedule is undergoing approval by the United Soccer Leagues' office and its release is imminent.
The league season will consist of 8 league matches and 2 pre-season matches on the pristine natural grass of Bremerton Memorial HS Stadium and runs from approximately April to early August.
2009 Kitsap Soccer Club season tickets are priced as follows and include a 10 percent discount off walk-up/retail pricing:
"This is a big day for soccer in Kitsap County," said Pumas owner Robin Waite. "We've waited and worked for a long time to get to this point. This is great for the community – particularly kids – to see the sport played at the highest level possible."
"There are only 4,000 seats at the stadium (Bremerton HS Memorial) and tickets have been moving briskly with very little advance marketing," said team executive director Ben Pecora. "We've built our ticket packages to make them extremely affordable for everyone."
To order, please call club headquarters or visit the website at www.kitsapsoccerclub.com.
For further information please contact Ben Pecora, Executive Director, at 360-377-6008.
Posted by GS-1 at 5:29 PM No comments:

The United Soccer Leagues today released information about the 2009 structure of the Premier Development League (PDL).

The eye-opening development is that Seattle is listed as a club competing along with Tacoma Tide and the new Kitsap Pumas next season.

Seattle (as well as Kitsap) both have a "TBA" (To be announced) listed after their names:

It is not yet known who will be running the Seattle club. Will it be Sounders FC, since MLS recently disbanded its reserve league? Could it be Seattle Wolves FC, who hope to join the USL Second Division in 2010? The Wolves have previously told me that they will be in the Pacific Coast Soccer League again in 2009, but perhaps after the recent league meetings this has changed.
Posted by GS-1 at 6:20 AM No comments:

Bremerton, Wash. – The new, professional Kitsap Soccer Club has placed its first-ever season tickets on sale today. This limited-time, exclusive pre-sale is open to Active Duty, Retirees, Reservists, DoD Civilians and family members for one week only.
2008 Kitsap Soccer Club season tickets are priced as follows*:
*Groups of four or more receive an automatic 10 percent discount.
"There are only 4,000 seats at the stadium (Bremerton HS Memorial) so offering the good folks in the military first crack at tickets is a highly appropriate gesture of good will," said team executive director Ben Pecora. "Plus we've built our ticket packages to make them extremely affordable."
To order, please call club headquarters and present CAC or ID to ensure eligibility until midnight, Dec. 12, 2008. Season tickets will be released for public sale thereafter.
For further information please contact Ben Pecora, Executive Director, at 360-377-6008.
Posted by GS-1 at 8:08 AM No comments:

Here's a sneak peek at possible jersey combinations for Kitsap Pumas in 2009. Owner Robin Waite favors the Puma brand, and blue and white stripes. The shorts could be either blue or white, and the socks will stand out in either stripes, or more likely yellow. Waite says the socks color would help the club better differentiate from the opponent when passing on the go.

NOTE: The Puma 'design' above is NOT the club logo / crest. It is a preliminary concept to introduce the name 'Pumas' and the club mascot Pedro. A final crest has not been decided upon, but could include a puma or it could even honor Chief Kitsap in some way.
Posted by GS-1 at 11:25 AM No comments:

After a fantastic year that had the Pirate Soccer team winning 11 straight games and going undefeated in 15 games the Pirates streak finally ended.

The Pirates went head to head with #1 rank Walla Walla going into double overtime tied at 0’s. Walla Walla was able to capitalize on a free kick from 23 yards out in the 108 minute to win in sudden death overtime. The Pirates played hard all game and it was a tough match.

Jase Hall had 5 saves in goal

Trying to rebound after a long hard fight the day before the Pirated fell to Spokane CC with a score of 1-0. Spokane scored in the 70th minute off a free kick from 23 yards out (just like the day before).

It was a great season for us and the guys represented the college really well. They played hard all weekend and had their chances to play for a championship. The guys played good soccer and we only lost because the other teams hit fantastic free kicks that resulted in goals, the other teams really had to work for their win.

In the final video to be posted from the Kitsap Pumas' name announcement, I talked with owner Robin Waite about how the new club will reach out to soccer fans in West Sound. 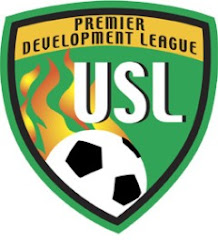 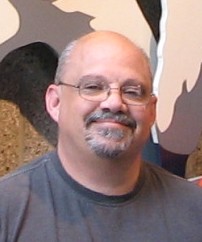 David Falk can be contacted at goalseattle@gmail.com